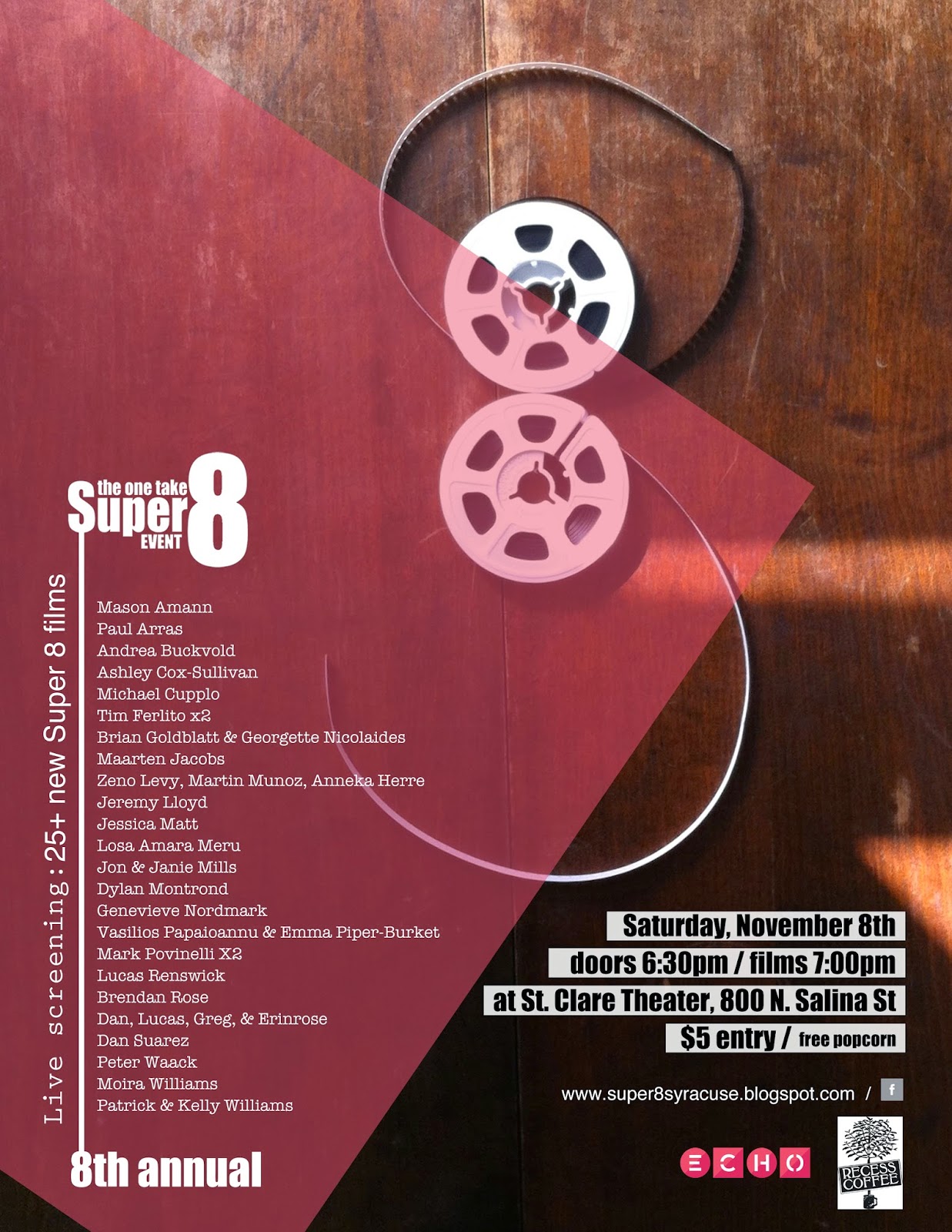 The One Take Super 8 (OTS8) began in 2000, with 20 filmmakers each shooting a single reel of Super 8 film, which then premiered to an audience without the filmmakers seeing their work beforehand. All the films were shown as shot. No cuts. No splices. The popularity of this non-competitive festival has allowed it to return each year with more filmmakers participating. To date over 950 films have been created for the One Take Super 8 Event around the globe!

The Syracuse OTS8 event launched in 2006. Since its debut, Syracuse has hosted 8 annual events, showcasing over 175+ films to date.

Visit onetakesuper8event.com for more information about other events in Canada and the States. 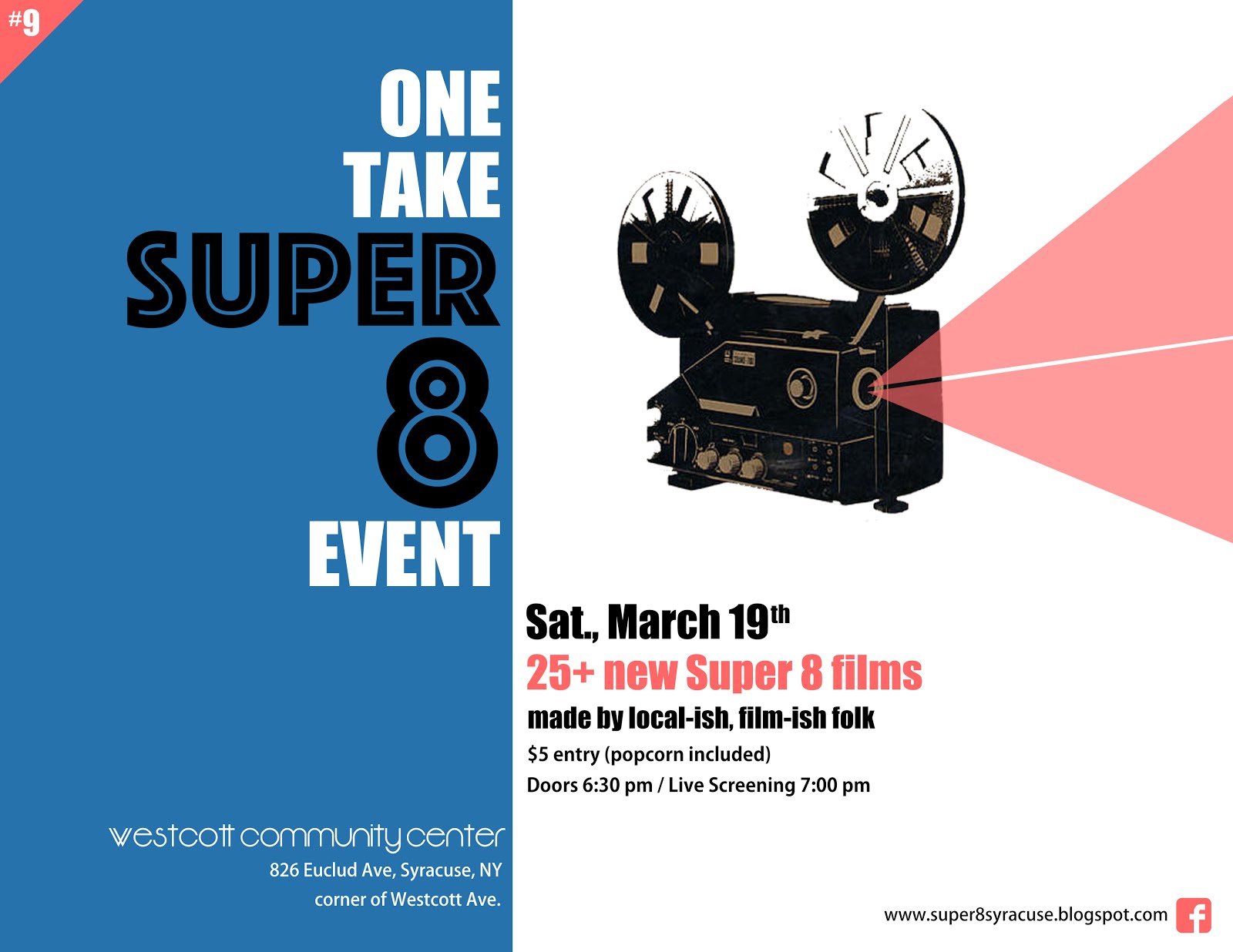 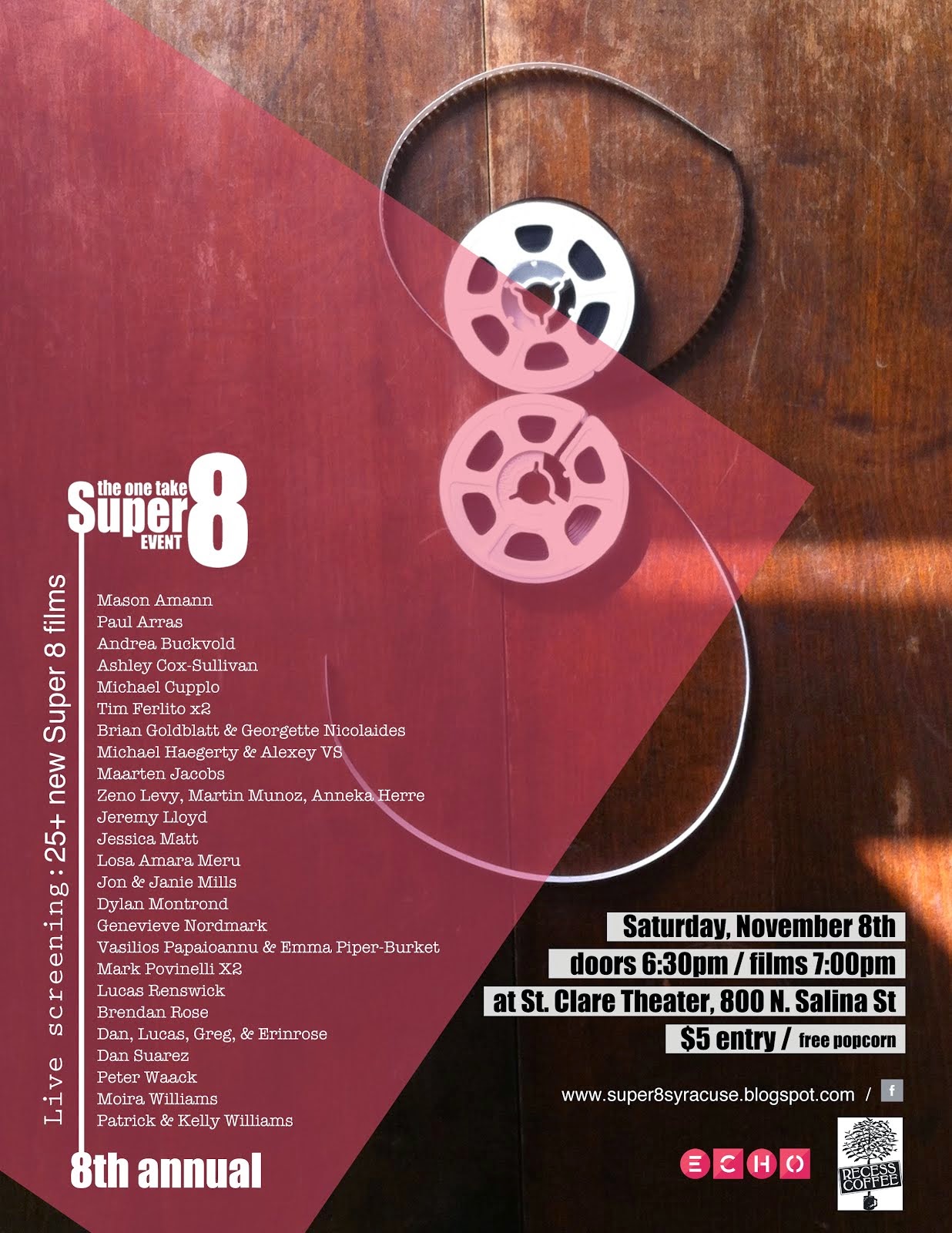 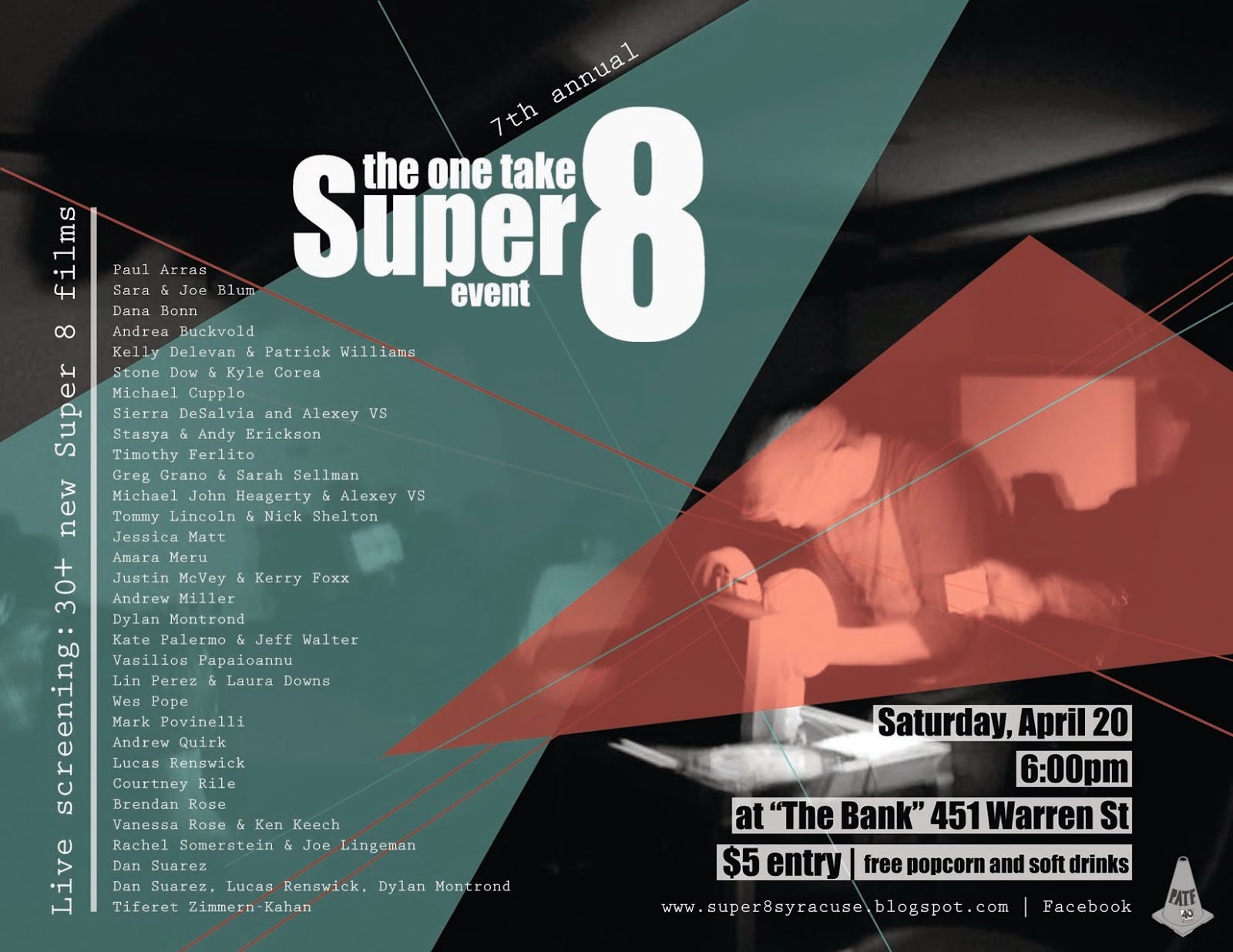 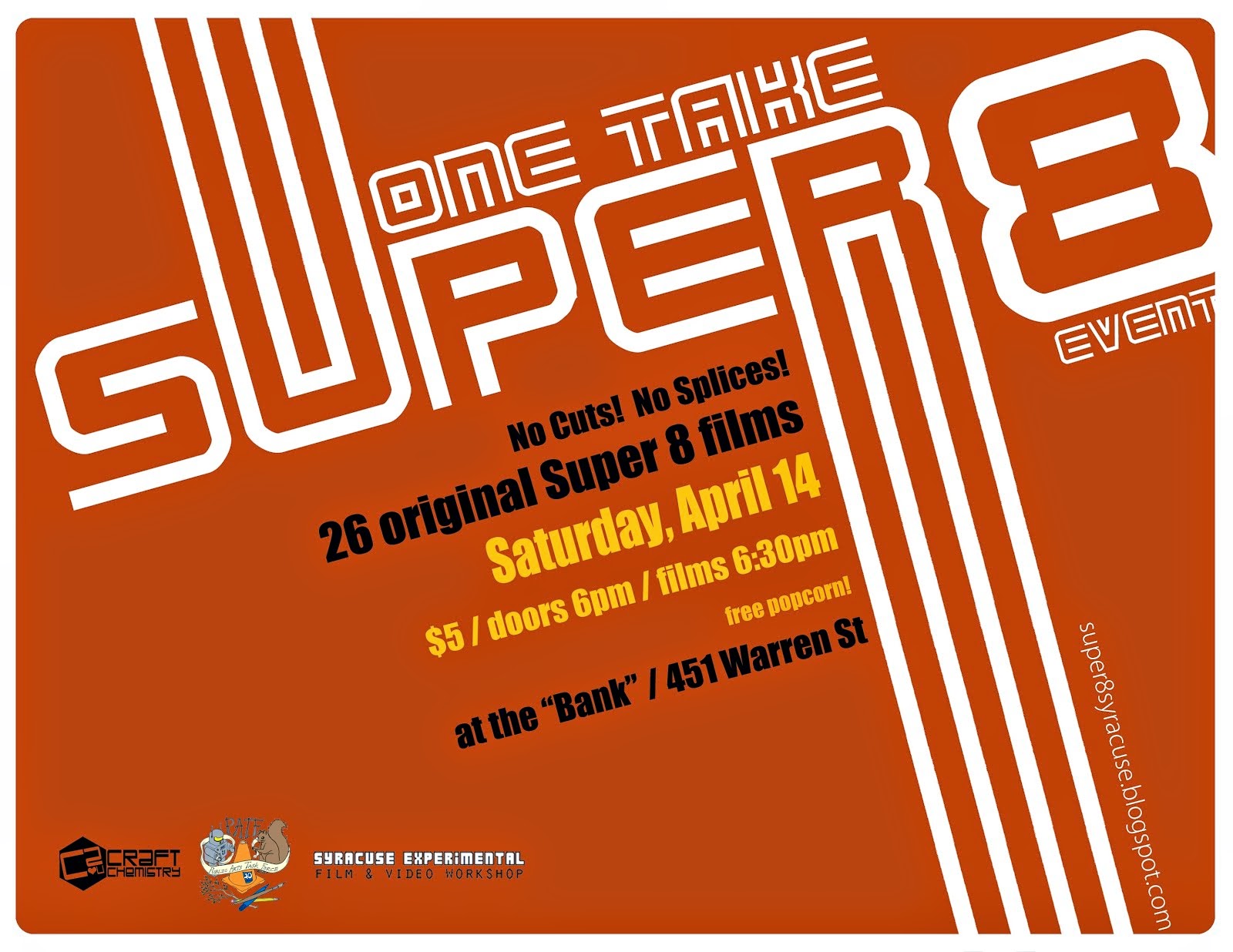 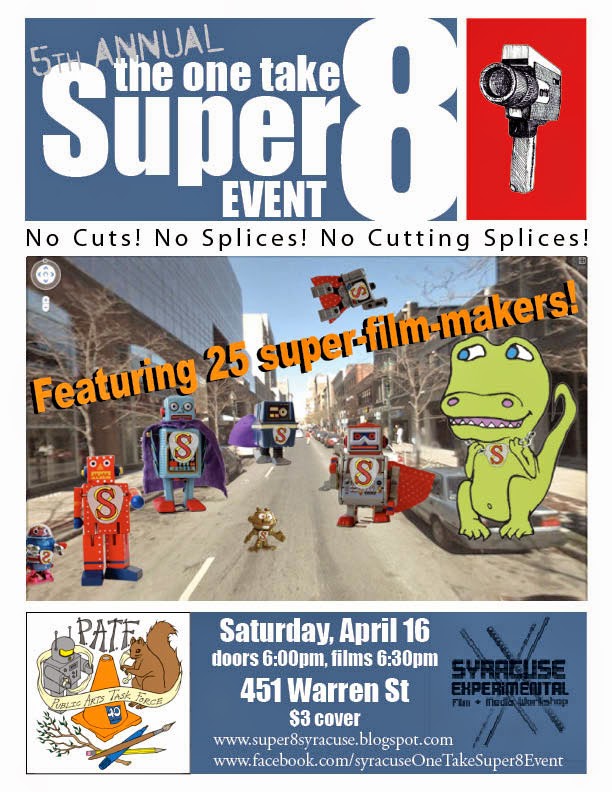